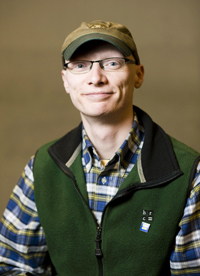 Robert is a third generation Codman Square resident, and has been on the Board since 2003. He first became active in the Codman Square community while in middle school, and his commitment to Dorchester hasn’t stopped. He was a member of the Mellen Street Crime watch, resurrected the long-dormant Ashmont Hill Civic Association, and was elected its President during his junior year of high school.

Robert is a proud graduate of the Boston Public Schools with a learning disability. He has a BA in Black Studies and Urban Studies from UMass/Boston. He has spent the past 15 years working with “at risk teens,” first with the UMass Boston Upward Bound TRIo Program, and most recently as the senior counselor at the Home for Little Wanders Waltham House, which is a group home for LGBTQ youth.

Robert counts growing up and living in such a great and dynamic community one of the biggest blessings of his life.