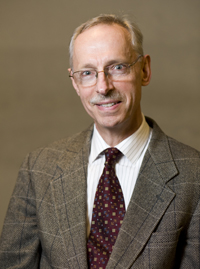 A resident of Milton, Emmett has served on the board since 1987. He is retired after more then three decades as a program manager for Councils on Aging and Senior Centers for the Massachusetts Executive Office of Elder Affairs. There, he oversaw state grants to 349 municipalities to provide support for elders (60+) to remain independent and at home for as long as possible.

Emmett is a recipient of the Manuel Carballo Award for Excellence in Public Service, the state’s highest honor for public employees. His other board affiliations include: Milton Fuller Village, elected (Milton) town meeting member, MA Architectural Access Board (former), and MBTA Advisory Committee for Elders and Persons with Disabilities. Emmett has a BS from UMass Amherst and a M.S. from RPI. In a semester away from college, he did a solo bicycle tour around seven European countries. He is a self-proclaimed “veggi-vore” (mostly), and his hobbies include competitive race-walking, amateur photography, and volunteering.

In his own words: “I love the audacity of what we are trying to do … and contributing to seeing it get done!”