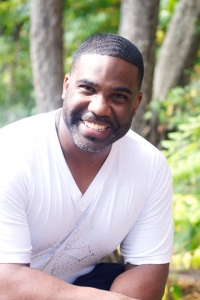 A Dorchester resident, Ego Ezedi has served on the board since 2003. He is Nigerian-American, born and raised in Boston, Massachusetts. His experiences as a spiritual, political, and business leader have given him a unique sphere of influence throughout the Greater Boston area. Egobudike formerly worked with former U.S. Congressman Michael E. Capuano of the Eighth District in Massachusetts managing the Boston (main) office. Egobudike has been a candidate for political office, a host of the Health Matters radio broadcast, and Executive Director of the Roxbury YMCA.

After experiencing the traumatic loss of his mother’s in 2005 to domestic violence, Egobudike has become an even stronger advocate for victims of domestic violence, leading him to make it one of his life’s missions to stand against the evil of senseless violence everywhere. Currently, Egobudike is serving as the Sr. Pastor of Empowerment Christian Church, a ministry located in Dorchester. Egobudike is enrolled at Gordon-Conwell Theological Seminary as a degree candidate in the Masters of Divinity program and shares dual concentrations from Brandeis University and UMass Boston in sociology and psychology. Egobudike has been happily married to Melissa A. Ezedi for more than 14 years and they have one beautiful daughter, Trinity Ekene Ezedi.

With all that said, Egobudike simply wants to be known as a man after God’s own heart.