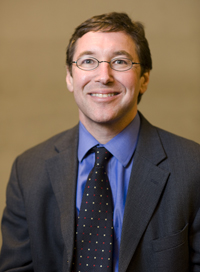 Dr. Severin joined Codman Square Health Center as a physician in 1995, and became the Medical Director in 2004. He was named Chief Medical Officer in February 2011.

Prior to joining Codman, he served as a physician and Director of Public Health at Serabu Hospital in Sierra Leone. He has also worked as an emergency department physician in Wisconsin and volunteered at L’Hopital Albert Schweitzer in Deschapelles, Haiti.