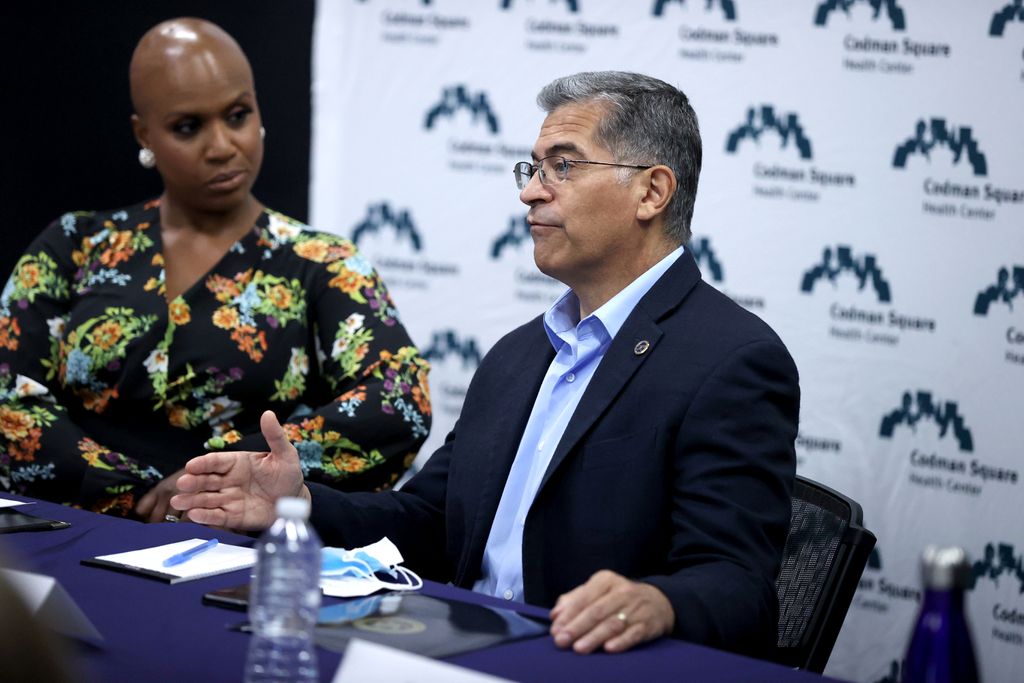 US Department of Health and Human Services Secretary Xavier Becerra and Representative Ayanna Pressley joined maternal health specialists at Codman Square Health Center on Friday to assess the fallout from the Supreme Court’s abortion ruling and its impact on maternal health in Massachusetts.

Women in the United States are more likely to die from childbirth or pregnancy-related causes than those in other developed countries, with Black women disproportionately affected. The Black maternal mortality rate was 2.9 times the rate for white people in 2020, according to the CDC.

One study estimated that a nationwide abortion ban would increase maternal deaths by 21 percent and Black deaths alone by 33 percent. Since the abortion ruling went into effect, stories have emerged of women suffering pregnancy complications and rushing out of state for emergency abortions that can no longer legally be performed within their home states.

Ob-gyns told the panel they have been seeing the effects of other states’ new abortion bans for months.

“At Boston Medical Center, we can always track the way these laws are rolled out and when the trigger laws go into effect, by where the calls are coming from,” said ob-gyn Dr. Teju Adegoke. It began with Texas, she said, after the Supreme Court allowed that state’s abortion restrictions to go into effect, and proceeded through other Southern states whose abortion bans were triggered by the high court’s ruling overturning Roe v. Wade in June. What’s also clear, she said: The patients who make the journey are people of means.

Becerra, whose wife is a Harvard-trained high-risk obstetrician-gynecologist, said she has long worried that “the richest country in the world, with the most advanced health care system, is letting people die at birth, shortly after birth, and even sometimes … before birth,” Becerra said. “It is unnecessary.”

Though Biden did not issue a public health emergency, his administration began taking more aggressive steps at the federal level to continue abortion access, which Becerra touted on Friday.

Becerra and the administrator of Centers for Medicare and Medicaid Services recently invited states to seek Medicaid funding to increase abortion access for women traveling from states that have begun restricting the procedure. The US Justice Department has also advised medical providers of their obligation to perform abortions if necessary to stabilize a patient under the Emergency Medical Treatment and Labor Act and successfully sued the state of Idaho over its abortion ban, which did not allow for abortion to stabilize a patient’s health. The Justice Department lost a similar court challenge in Texas, however, when a federal judge ruled that HHS went too far in asserting the law guarantees abortion care.

The Department of Veterans Affairs also announced on Friday that it would begin providing abortions in cases of rape, incest, or if the pregnancy threatens the health of a pregnant veteran at federal health facilities, even in states that have banned abortion. In a press release, Veterans Affairs secretary Denis McDonough cast the rule change as a “patient safety decision.” “Pregnant Veterans and VA beneficiaries deserve to have access to world-class reproductive care when they need it most,” he said.

Pressley was a lead sponsor of the Women’s Health Protection Act, a federal measure that passed the House last fall and would have nullified codified abortion rights into federal law, but failed in the Senate in May. Since then, special elections, voter registration, and an upset win for abortion rights on a voter referendum in Kansas have convinced political watchers that abortion is energizing voters and could lift Democrats’ chances in the midterms.

Pressley said voters are responding to an “intersection of legislated harm” — with anti-LGBTQ laws and voter suppression in states where abortion restrictions were triggered by the overturning of Roe v. Wade.

“I believe people are seeing the intersectionality and the coordinated efforts that are taking place in states throughout the country and I think Kansas is a positive indicator and bellwether,” she said.