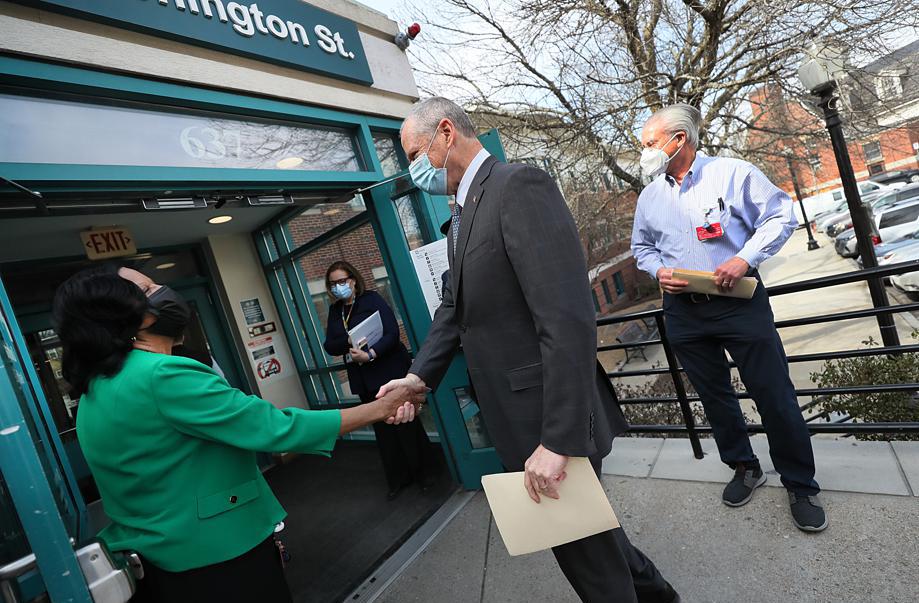 Baker’s proposal is focused on two unglamorous but essential cornerstones of the health care system. It calls on health care providers and insurers to increase spending on primary care and mental and behavioral health by 30 percent over three years — an investment of $1.4 billion.

To keep total costs in check, providers and insurers would be required to cut spending growth in other areas, such as pricey hospital services.

The bill largely mirrors legislation that Baker proposed in late 2019 but couldn’t get through the Legislature before COVID-19 shifted priorities.

Administration officials said the pandemic has shown the critical importance of primary care and mental health care. Many people who missed regular medical appointments during the pandemic, because of shutdowns and fears of catching COVID, are now sicker and require more intense hospital-level treatment.

The pandemic has also exacerbated the crisis in mental health, with hundreds of patients stuck at Massachusetts hospitals each day, waiting for treatment.

“The pandemic demonstrated that while our health care system does many things very well… we still have a number of significant issues and problems we need to solve,” Baker said during a press conference at the Codman Square Health Center in Dorchester.

The legislation does not tell health systems and insurers how to increase spending in primary care and mental health. They can meet the requirement by increasing payment rates to care providers, extending clinic hours, or adding telehealth services, for example.

“By increasing investments in this part of the health care system, we open access to care and keep people healthier in the long term,” Baker said.

In 2020, a year marked by pandemic-related disruptions in care, total health care spending in Massachusetts declined 2.4 percent from the previous year, to $62.6 billion. But health spending is expected to climb again as more people seek health care.

To target health inequities, Baker’s bill establishes a special line of funding for primary care and mental health providers who serve people on MassHealth, the public program for poor and low-income residents.

Amy Rosenthal, executive director of Health Care For All, said the consumer advocacy group often hears from people who are struggling to find a primary care physician or mental health provider.

“We are encouraged to see the administration prioritize critical investments in primary care and behavioral health services,” she said in a statement. “Access to these vital services could help them stay healthy and avoid higher-cost treatments such as hospitalizations.”

To tackle pharmaceutical costs, the governor wants to increase oversight over drug companies whose costs grow more rapidly than the state benchmark — which is currently 3.1 percent per year — and it would slap penalties on companies with “excessive” increases in drug prices. The bill also includes more oversight for pharmacy benefit managers, which negotiate drug prices for insurance companies.

MassBio, a trade group that represents drug companies, said these proposals would not save patients money and that legislators should instead require insurers to share discounts with patients.

In addition, the broad legislation sets limits on hospital facility fees, revives a proposal to create a new kind of provider called a dental therapist, who would be licensed to do some of the procedures typically done by dentists, and requires urgent care centers to accept MassHealth patients.

Baker, a Republican, must now convince the Democrat-led Legislature to adopt his plan before the end of their formal sessions on July 31.

The House and Senate, too, will need to agree before the proposals can become law. So far, the two chambers have acted on different health care priorities. The Senate last month passed a bill to control prescription drug costs, for example, while the House in November approved a measure targeting expansions of big hospital systems.

Senator Cindy Friedman, an Arlington Democrat who cochairs the Joint Committee on Health Care Financing, said she will take “a very hard look” at Baker’s bill.

“Primary care and behavioral health are absolutely critical, and we should do everything we can to move in the direction of making them more available and sustainable,” she told the Globe.

House Speaker Ronald Mariano said in a statement that House members “will review the details of the [governor’s] bill as it makes its way to the House and look forward to continued progress on ensuring that high-quality, affordable health care is accessible to all.”

Steve Walsh, president of the Massachusetts Health & Hospital Association, said hospitals support many of the governor’s ideas, including his proposals to expand access to behavioral health treatment and make drugs more affordable.

Health insurers, too, were broadly supportive of Baker’s bill, including the investments in primary care and mental health care — “the backbone of our health care delivery system,” Lora Pellegrini, president of the Massachusetts Association of Health Plans, said in a statement.

“It is essential that these investments are made within the confines of the state’s cost growth benchmark,” she said. 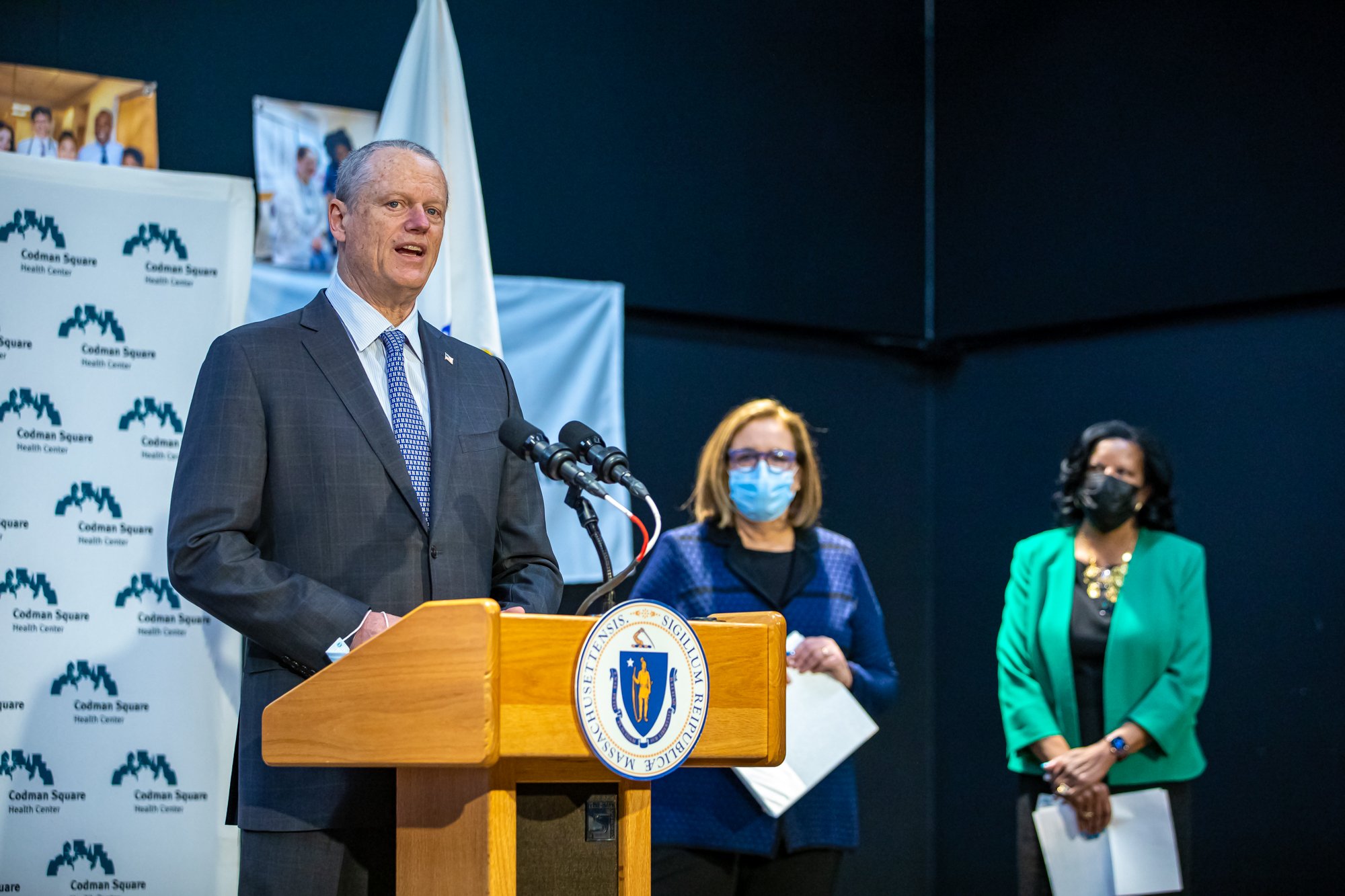 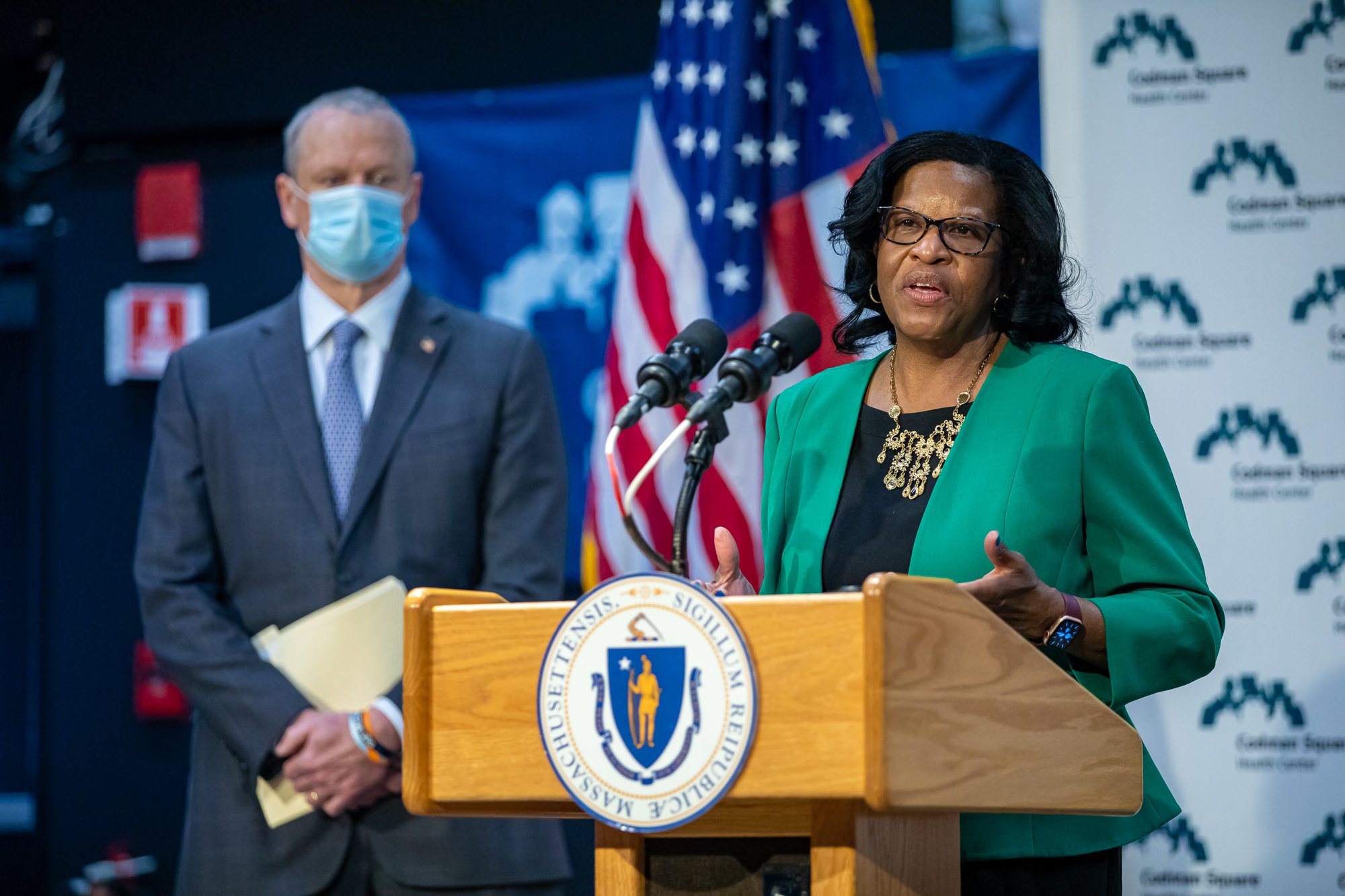 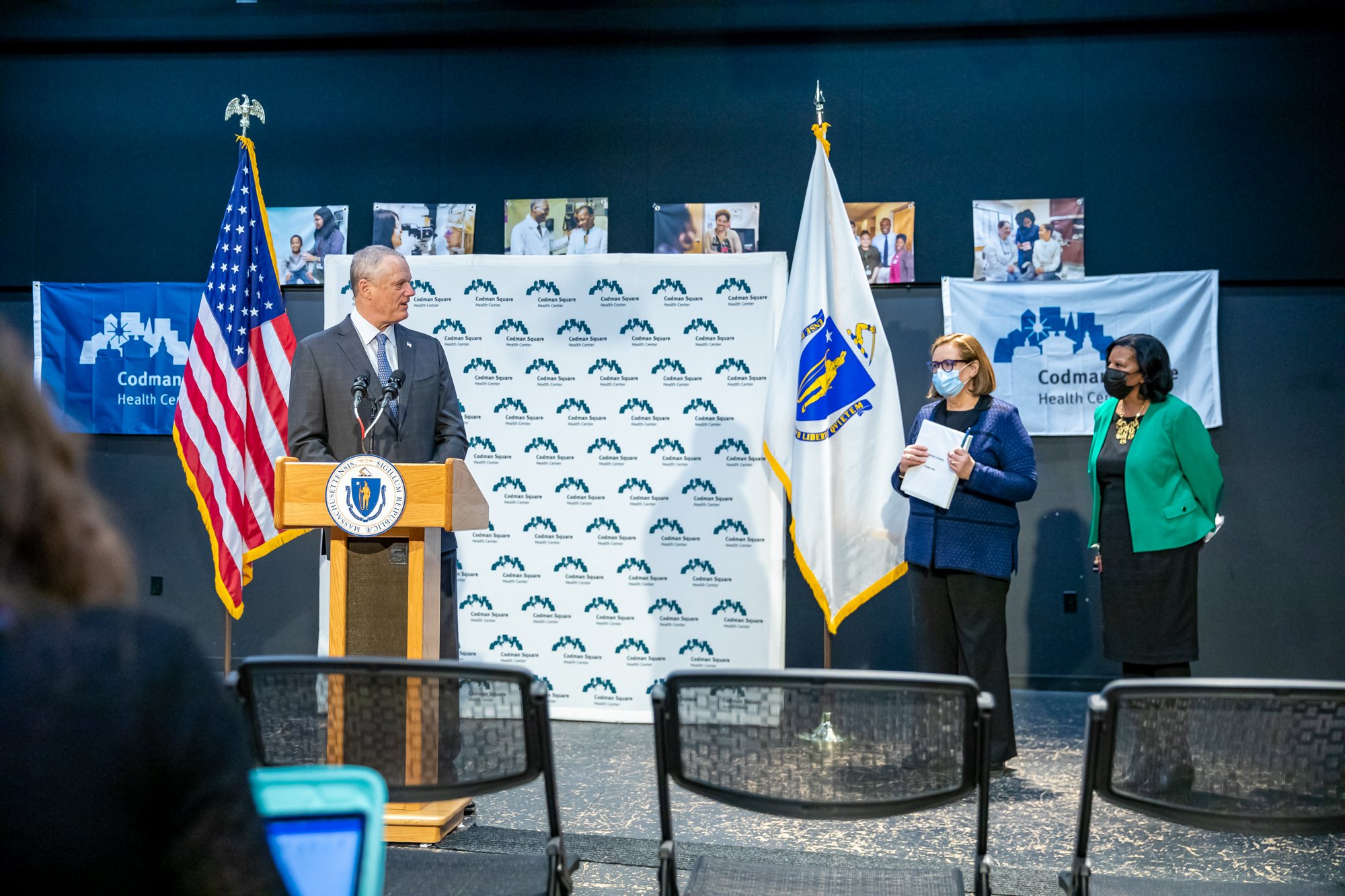